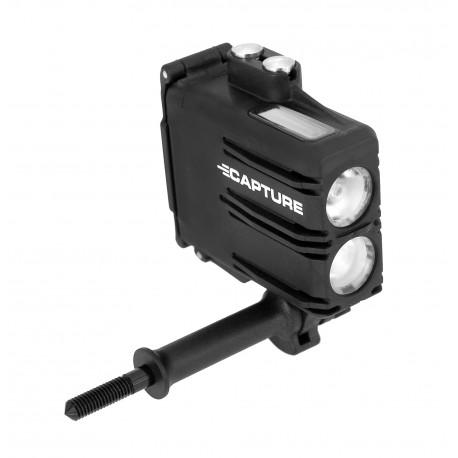 The CAPTURE light is the world's first LED light to use the amazing properties of Graphene. Compact, lightweight and versatile, the Capture is designed for use with action cameras and as a general lighting solution. The Capture project is fueled by a need for continued exploration into the night, and the increasing desire to record the adventure which is made ever easier through advancing Action camera technology and innovations such as drones. Over the years Exposure have spent a lot of time filming, most often with inappropriate lighting, trying to ‘capture a product’ or simply ‘acting the hero’. From ocean voyages to skate parks, they all require a lightweight, tough, waterproof light to match and support the functionality of your film setup. In the box: Capture, Micro USB charge cable, Bracket, Bolt, Quick start guide.